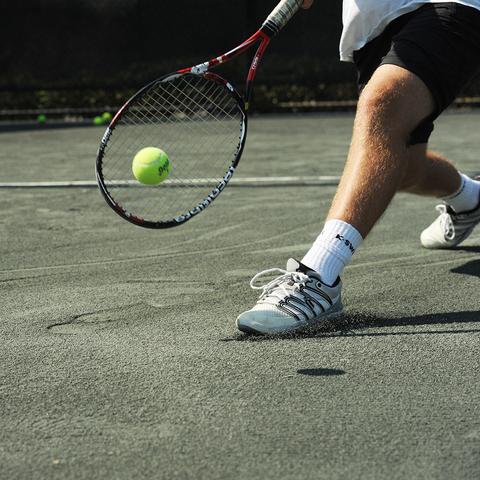 I truly enjoyed my time going around to the best clubs in Boca Raton and Delray Beach watching some of my students compete in one of the most prestigious events that is played in my own backyard. It brought back memories of when I played the 18’s Clay Courts.  It was also nice catching up with many of the men that I competed with throughout my junior, college, and professional tennis career, as well as, catching up with the college coaches that were coaching college tennis when I was in college.  Most of these men who have stayed in the tennis business after their college or professional career became college coaches.  I have noticed that not many have gone into junior development, but both jobs have their challenges.

What I would like to speak about is how your son or daughter is going to impress the college coaches so that they can attend one of these fine colleges and have a great four years as a student athlete. First, the college coaches were coming from junior Wimbledon so that already shows you that your son or daughter is competing against the best juniors in the world for these spots on college tennis teams.  The reality of the situation is, and I am sorry to tell you, is that these coaches are not traveling to Europe to recruit American players.  You may be thinking how can my child make it to one of these good universities and be a starter in the lineup, when they are competing with the best juniors in the world for these starting lineup spots.

Before I get into any discussion about hitting a tennis ball, let’s speak about movement and the physicality of what it takes to be successful, not only on a clay surface, but on any surface. I am seeing kids that do not have any understanding of how to move, court positioning, and use of their lower body to load and explode into a ground stroke.  At this tournament, sliding into a shot so you can recover is imperative.  Your child’s understanding of the difference between offense, neutral, and defensive positions is crucial to what shot they are going to hit to break down their opponent across the net.  For example, if you are eight feet behind the baseline and you hit the ball like you do when you are three feet behind the baseline, the ball will land short and you will not get out of a defensive position.  Most likely, you will be running at the fence because you defended poorly.  A sign of a high level player is one that can be put on defense and turn that defense into offense during the point.  This is what you are seeing with the best tennis players in the world on television, especially with the men’s game.  The women’s game has some first strike players like Jelena Ostapenko who know they struggle with mobility so they have to get that first big strike in to start the point.  Roger Federer, James Blake, Novak Djokovic, and Andre Agassi are some of the men that can or did take the ball so much earlier than any other players.  If you think your son or daughter has this type of eye hand coordination and timing, they are a one in a million tennis player.  We need more of these type players in the United States.

Is your son or daughter able to adapt their game to be able to play on the slow clay courts? I am seeing junior players not adapting their game styles and just banging a ball and running.  They are also banging a ball at targets on the court that does not really do much.  At this level, placement of a shot on a proper target with moderate pace is far more valuable than ripping a ball that hits a foot past the service line.  If you watch closely, what targets are the juniors hitting and how many quality shots does it take for one of the players to be dominating the middle of the court because they have a short ball.

I would like to touch on what I am seeing with the junior tennis players as it pertains to their strokes. I am seeing tight and hitchy type strokes that have trouble generating power.  It is unnatural.  There is no feeling in the hands and wrists.  The player should be able to swing and hit, but instead there are multiple complicated steps for hitting a groundstroke.  To generate power, the power comes from your core and lower body, and wrist acceleration. Instead, I am seeing unnatural strokes, and chances are that your son or daughter have taken all these super complex tennis lessons and cannot produce a solid, powerfully hit tennis ball.

Lastly, many kids have only one game plan and if that plan is not working that day, they will have an unhappy car ride back to their hotel room. Great tennis players have multiple game plans based on how they are playing that day, plus they have to take into consideration how their opponent is playing that day.  For example, in my quarterfinal match at the 18’s Clay Courts, I was playing a player who was ranked about 30 in the world in junior tennis.  I started the match great and was hitting behind him a lot during the rallies because he had trouble moving on clay and was slipping and sliding all over the place.  The second set came around and he started getting his footing and started dominating some of the rallies.  We split sets and it rained.  In the third set, I decided to start taking the ball a bit earlier and start taking time away and come into the net more.  I took his second serve and hit the return and came into the net which I had practiced many times.  I ended up winning the match and was fortunate enough to win the Super National Clay Courts Tournament a few days later, but the point to the story is that if you have a failing game plan, you must make adjustments to get through that day with a win.  Now understanding when to change game plans is a different story and that is taught by an experienced and knowledgeable coach so you are able to have a complete game to get through a long tournament.  Best of luck to your son or daughter the next time they play Super National Clays Courts or any other clay court tournament.